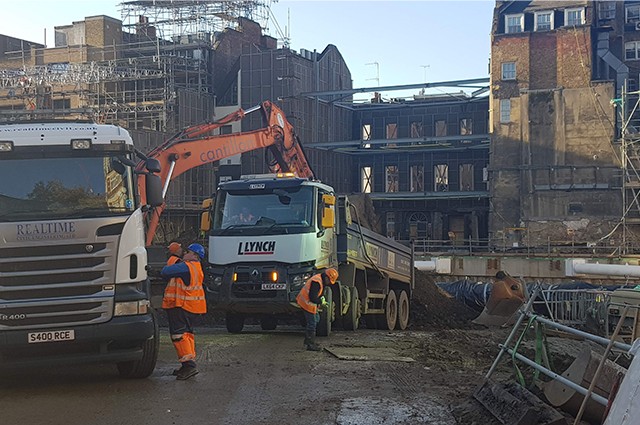 Lynch was selected to work alongside Cantillon for the removal of Inert Muck Away from the former Foyles book shop on the Charing Cross Road.

The project involved excavating to a depth of 30 meters across the site (any lower and this excavation was in danger of breaching the Northern Line which runs tunnels just beneath).

Early engagement with the site logistics team highlighted the timing issues that would occur on site due to the busy Charing Cross Road. We worked together as a team and located an area of Soho Square which could be utilised as a holding bay for the lorries in this busy area. We also worked around other specialists including pilers, concrete sprayers and heavy cranes to ensure all loads were removed to the programme required by Cantillon.

The estimated turnover on this project was over £1 million.

FIND OUT MORE ABOUT LYNCH HAULAGE

Quarterly news, direct to your inbox

JOIN US ON SOCIAL MEDIA